I walked through the warm woods barefoot to the cleft of hill overlooking the stream. Following the old worn way through the trees, the thin stitch of footfall over a soft quilt of pine-worn leaves. It was one of the first sun-warmed days of spring and I was opening my heart to finding something ephemeral and unseen.

All winter long I have watched the bare blue mountains behind my home like a card reader, hands scrying the mud and evergreen, imagining what might be rooted, precious as garnet, between the hard knobs of the trees. I studied the enduring leaves of beech like sheaths of papyrus, because I knew that they had lived for many springs and were intimately acquainted with what I was awaiting – the tender arrival of the woodland ephemerals. That rare breed of flora that flowers in the brief span of spring before the trees find their leaves. The plants that bloom, seed and cease before the rest of the world even sets out their green.

In the deciduous belt of the earth, where trees sleep like Persephone and lose the entire crown of their leaves, ephemerals acts as heralds for the return of the growing world. They are akin to the dawn chorus, a kind of songbird that celebrates the re-awakening of a rich hardwood cove. Every spring in Appalachia we experience an eloquent succession of these woodland ephemerals, many of which blossom for the handspan of just a few weeks. Taking advantage of the slowly waking slumber of the trees, these flowering plants occupy a unique niche within the forest’s overall ecology. For most of the year, these plants await as roots. But as soon as the earth warms they begin their quick ascent to supply some of the first food and medicine of spring. In the time it takes for the maples and tulip poplars and basswoods to unfurl their leaves, these soil-dwellers go through the entire cycle of their above-ground existence, dying back to the roots as the canopy finally flushes to fullness. 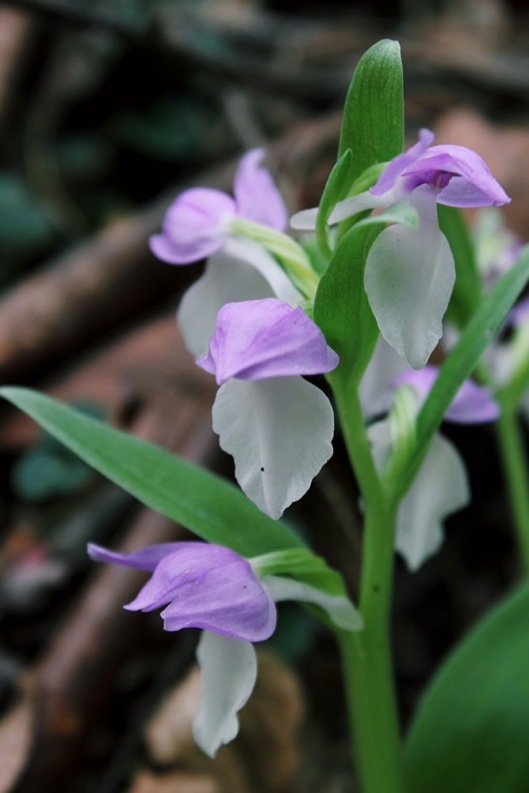 The first ephemeral always catches you by surprise, as mysterious and discreet as only true denizens of the underworld can be. You must attune yourself to the subtle, the unexpected arising from bare forest floor. Once your eyes catch their contours, however, you will notice that the flowers come in waves, as exotic and earthly as silk flags in the caravanning desert of early spring. Bloodroot, Hepatica, Spring beauties. Anemone, Trout Lily, Trilium. Temporary miracles. Each one, so gentle in petal, seems to be able to break even the hardest heart (and soil) wide open.

And so I found myself, on a spring-warmed day in April, out wandering with a heart that ached to unfold. I climbed up into the woods, letting my feet find the slopes of forest with the right cove of hardwoods, the perfect slant of light and bare canopy of trees. I had just returned from spending a long weekend with my new sweetheart and I was feeling that particular pang of tenderness and possibility that comes when a heart first decides to stir from a season of soilsafe hibernation. I was holding the tender petals of this inner ache to bloom when I first spotted them: an entire glen of bloodroot, curled in the palms of their own hands, rising to reach the sunspace of early spring.

Here, growing amongst the moss-laden roots of the slumbering trees existed an entire world of flowering beings where once there had only been winter-browned leaves. I couldn’t help but crawl in close, as awkward as a newborn fawn on shaky hands and knees. To be with them was to sip from a thimble-sized dram of spring’s most potent energy. The bourgeoning, the beginning, a blissful shot of sheer bravery.

Spring ephemerals are regarded as the lace glove of the flora world. They come and go as swiftly as a spring rain, often dying back to their roots in just a handful of weeks. Some spring ephemerals, like Trillium for example, can take upwards of seven years to even begin to bloom. There is a reason why such ephemerals are so rare. Delicate and scarce, their exquisite gentleness can sometimes be mistook for daintiness until you sit with them and ask them to speak.

In the heart of the forest’s own mythology, the story of spring ephemerals is a far cry from this picture of fragility. It is a tale of root-deep courage, otherworldly patience and the magic of vulnerability. Although the flowers themselves bloom for only a short breath of spring, their colonies flourish for decades. In fact, some Trout Lily communities are so old they predate the surrounding trees. Surviving, thriving and blooming in the short span between earliest spring and the first flush of the canopy, to be a spring ephemeral is to have mastered the art of divine timing and the life-generating strength of such open-blossomed vulnerability.

In our culture, we have a tendency to mark tenderness as weakness, but when a single bloodroot bloom can rock us back on awe-struck heels, we begin to glimpse the power of such exposed intimacy. Tenderness is perhaps the most potent form of bravery. It is the ability to open oneself, despite (as Anais Nin says) the incredible risk to bloom. To open, despite the danger of unexpected frosts and herbivores, the weather whims of spring’s mood and the negligence of passing boots. It takes unbelievable courage to expose oneself in such vulnerability. To say yes— to blooming, to loving and to living once more. Would it not be so much easer to stay quietly in our roots? In spring, the sun draws closer to earth, almost as if to say how much she believes in us, and we respond with a sweeping show of blossoming trust and the gift of our own transformational vulnerability. We bloom— not knowing if this is the right moment, or how the whole story will unfold— and this is how and where and when true growth begins. 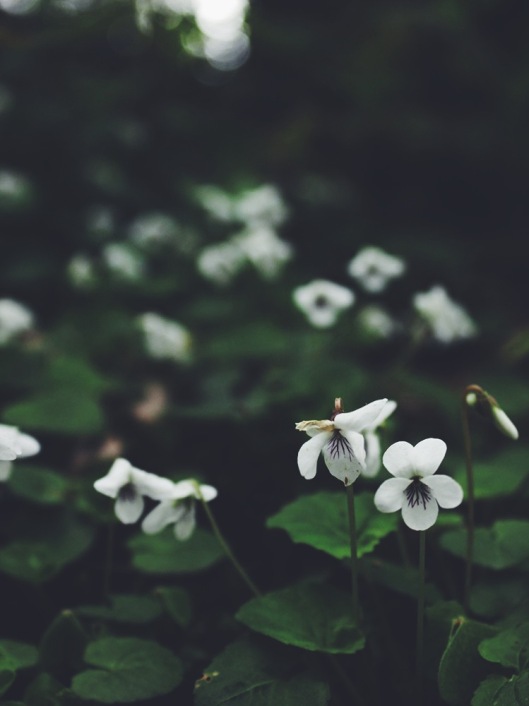 There is a part of us that feels, acutely, that first wildflower bloom. That sharp acknowledgement of just how much bravery it takes to open oneself in such a seemingly empty place. How many of us have been protecting our hearts through a long winter’s sleep? How many of us have shrunk our tenderness down deep in the soil, like Catbrair roots in the cold winter sleet? When I sit with such ephemerals I think, perhaps, our hearts never needed to be roots. That’s what the soles of our feet are for. When we allow them to, our hearts can be flowers. Blooms that open in stunning vulnerability to the world, exposing themselves to all the possibilities of pollination and creation, to the sheer joy of radiating.

Sometimes messages are simple. Often, the best ones are. Be brave. Be open. Bloom and offer the unbelievable gift of your vulnerability to this world. Say yes to the life that lives through you. Begin again.

This world is full of gifts. We must simply open our eyes and hearts and be willing to receive. Laying amongst the cupped hands of so many ephemerals, on a warm day in early-spring, I was being given the gift of yet another beginning. The opportunity to embrace a new opening. The brazen invitation to fall in love— with a new season, a new person, a new spring. I held my heart, tender from such invitation and felt at once as strong and vulnerable as dicentra leaves. I accepted the bliss of such brave transience and felt truly released. 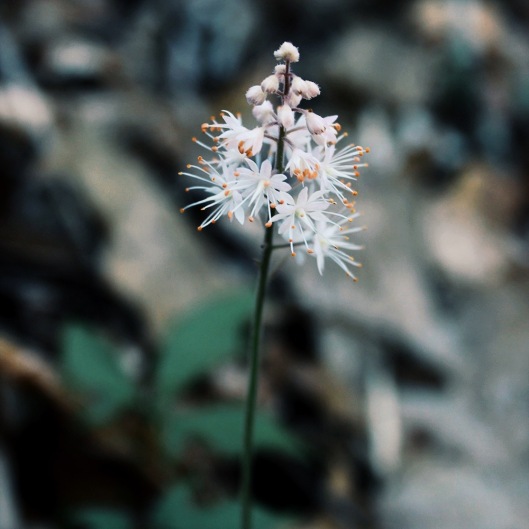 We can only love now, bloom now, find ourselves in the now that happens between the first kiss of sunlight and the leafing of the trees. On my belly, a humble student of these most ephemeral blooms, I opened myself up to the daylight and welcomed in the tiny, thimble-sized tears of such ground-breaking gratitude.