I remember the first time I heard the term “healing crisis.” I was in the depths of chronic pain, one of those crushing waves that comes after a period of breakthrough sunshine and the hope of light. And that phrase, that one phrase, kept my head still faced to the sky.

A healing crisis looks like sliding backwards. It looks like your worst fear realized. it is a return of every ghost you thought had been banished. A load too heavy too handle. But the gift, the unbelievable gift of a healing crisis, is what it signals—an end.

That last flash of pain, that last engulfment of fear, that final wave of panic is truly just the die off of what was. It is an echo. A clarion call that asks us to recommit, just one more time, “Are you serious about facing the darkness and coming into contact with the unbelievable power of your life?” And you say yes, I’m serious. I’m serious about my life. 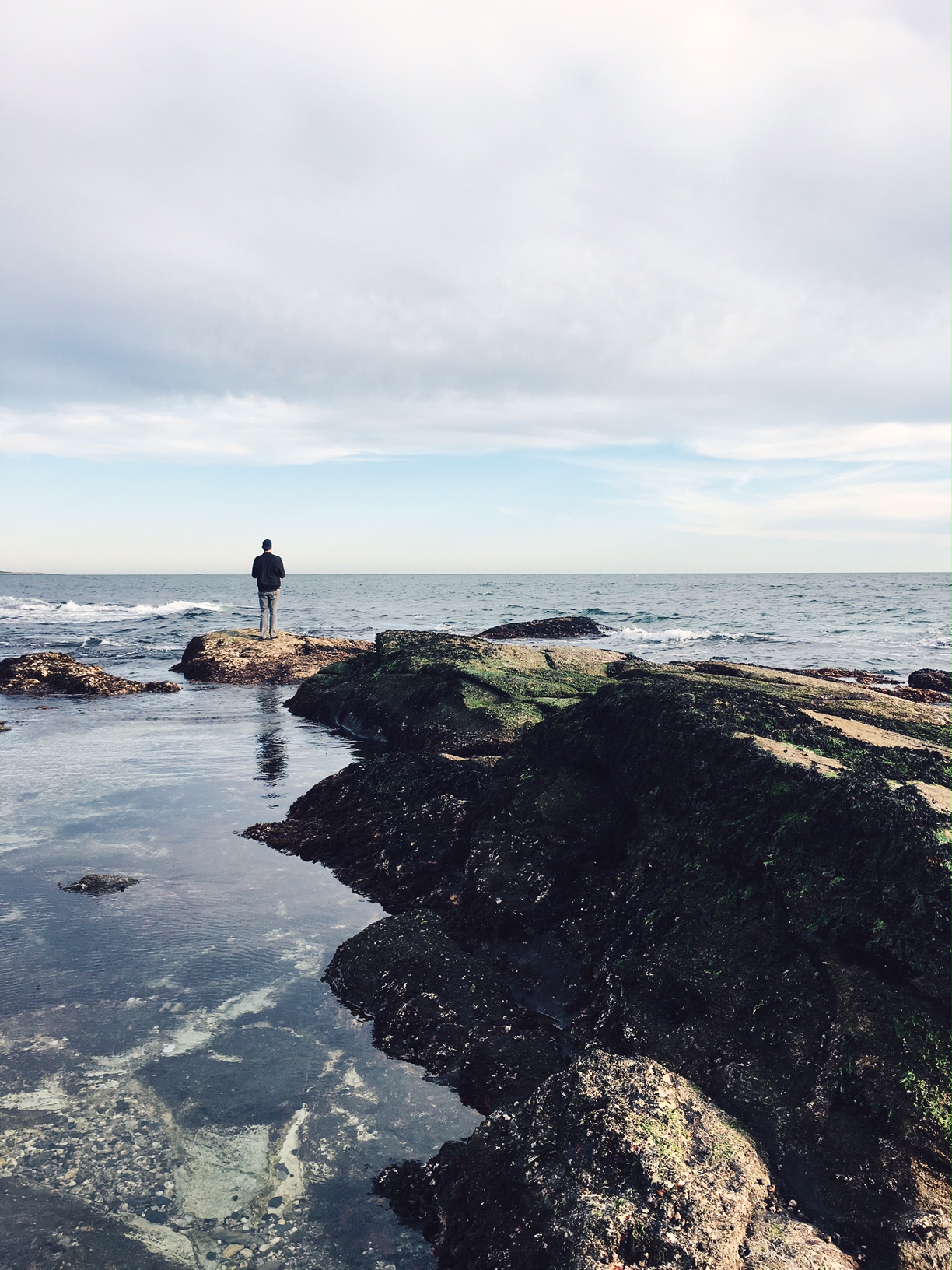 So today, this week, in this time, we are saying yes. We are serious. We are serious about healing the darkness of racism, misogyny, bigotry and fear at the heart of our history. We are serious, and we are recommitting, right here and now. Because our country is in the midst of a profoundly healing crisis. And just as our own bodies send up flares of pain and sickness when an inner wound needs to be tended, so is the larger body of this common humanity speaking in tones we cannot ignore.

There is a sickness that is asking to be healed, and the only way to tend such a cavernous hurt is to go deep. To lean into it with love, and with our own incandescence and power. When I was experiencing chronic illness I remember how badly I wanted to simply push away the parts of my body that were in pain, push away from my own self. But one of the deepest gifts of chronic illness is the way in which it initiates us into our own power. Because the truth is, when we can face what hurts, head on, we bring ourselves to the most powerful place of all— right here, with all the gifts of our talents, intuition and determination. 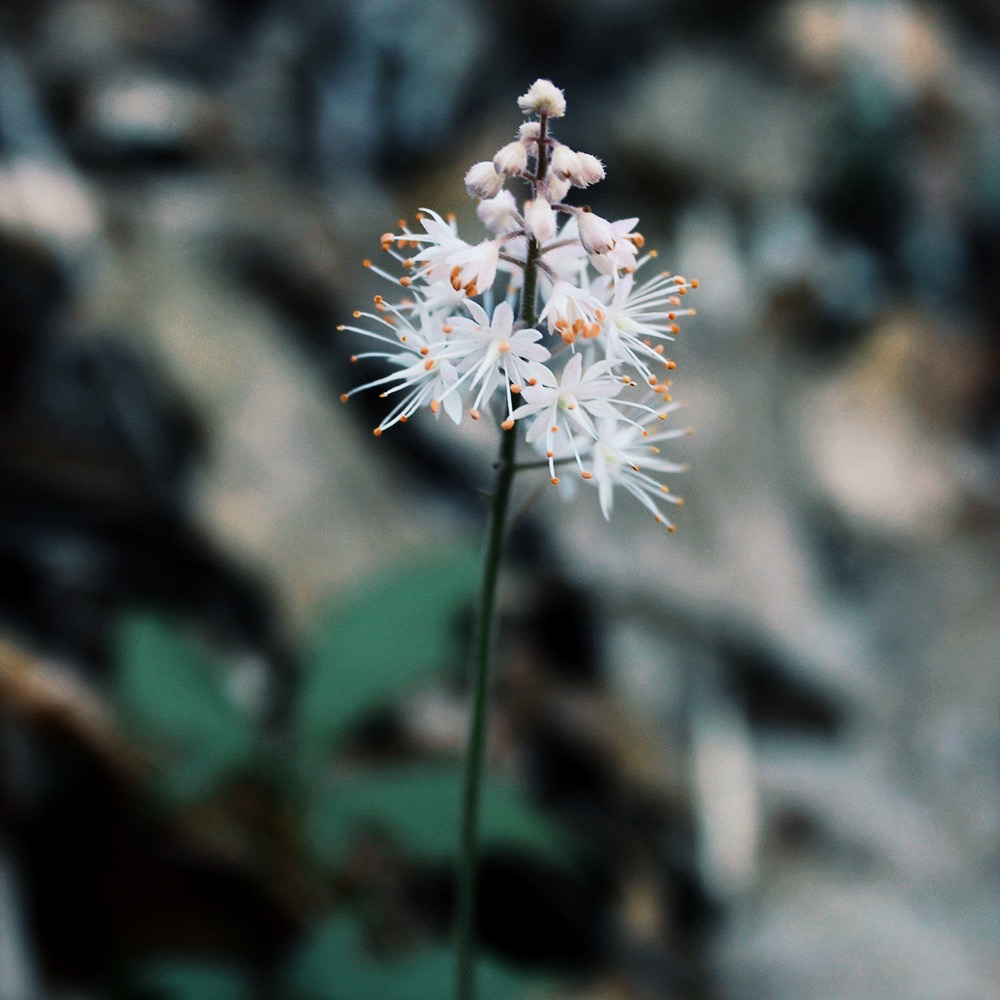 A few weeks ago, while preparing to launch my course Herbs for the Otherworld, I was ruminating on the experiences in my life that have brought me most deeply in contact with magic. Those profound moments that seemed to dislocate me from the limited perception of the day-to-day, and catapult me into a more ultimate reality. And it suddenly dawned on me, that the most powerful threshold experiences of my life have always been the most unlikely—  pain, hurt and loss. I remembered that, in devastation, when I’ve been torn from the outline of what I thought was life, I was always brought more fully into contact with the boundless possibility and magic of the Otherworld. And it is in these most difficult moments, when we can access a vision of Another world, that we can bring back lost bits of our own visionary power.

Here in Appalachia, the world is very literally on fire. The hills are burning because of a long and unseasonably scary drought. Forty thousand acres and counting. Smoke fills the air with fear, and there is a lit sorrow that is too great to put out. Our country is similarly ablaze, with a wildfire of hate crimes, of passionate protest, of panic.

Because when your nightmare becomes a reality, there’s nothing left to be afraid of anymore. 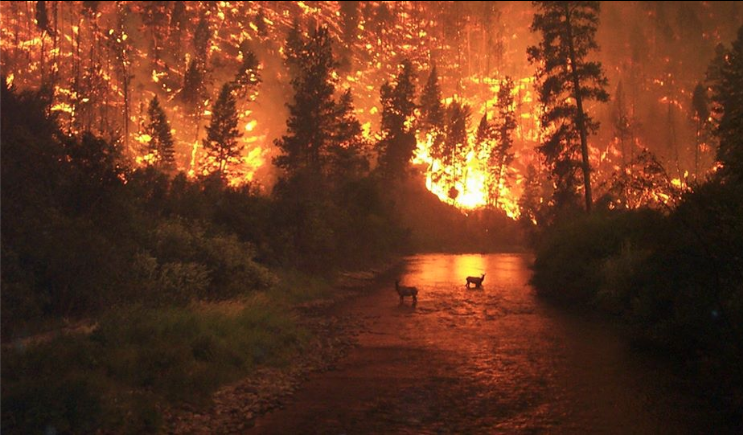 And so it ends— the time in which we were scared of our own power. And so it begins— the time to wield that what moves through us to create real change. Because it is time to unleash the collective, mythological ethos of our inner dragons. It is time to recognize that true power never came from money, positions, and polls. True power comes from being connected to that which animates all of life, the sun source within, the divine. And make no mistake, real power is being called back into the world, and back into each one of us who aligns our heart with the shining heart of all of life. It is time to reclaim the rights of true power in this life.

And so it begins. With each of us saying yes to feeling the empowerment of being ourselves. To being potent. Being worthy. To recognizing the weight of our own magic, the profundity that spins out of aligning our consciousness with our actions. It comes from harnessing the power that moves through us, and seeing that all power leads us back to the same source. That true power is love, and it is unstoppable. 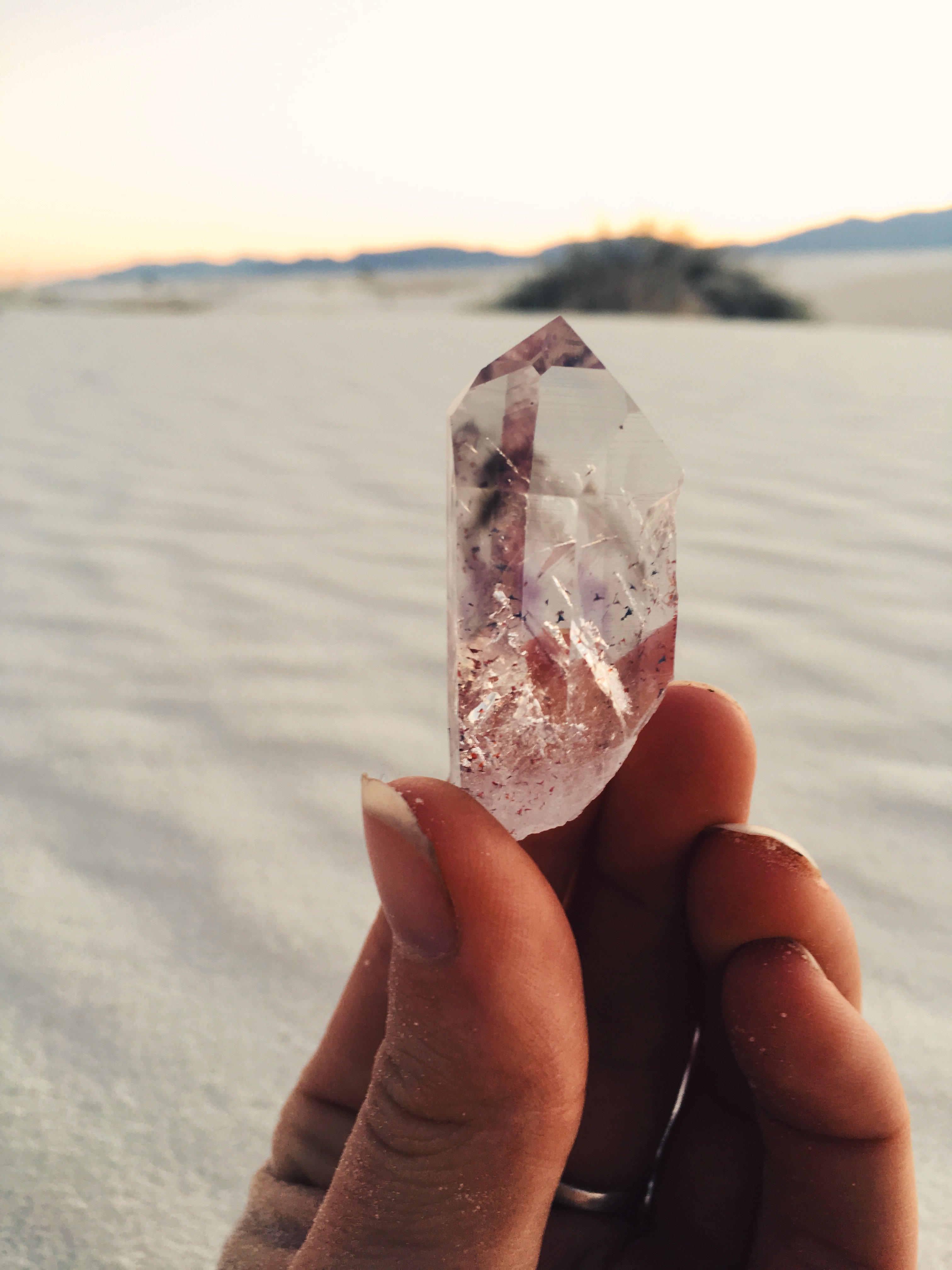 So power up your magic dear ones, because we are being asked to channel in a torrent right now. A torrent of love. A torrent of solidarity. A wave that stays together and only grows stronger as it approaches the shore.

Because, though we may feel adrift, farther adrift than we’ve ever been, another world is truly possible. In fact, the other shore is right here. So as Clarissa Pinkola Estes says, set out your sails.

Remember to be radiant in what you know to be right. Love, togetherness, recognition of the sacred in every corner of this world.

Whether or not we realize it, we are all with her—our mother, the earth, and all that she dreams into being.

And she is with us.

And I’m with you.
And we are with one another.
And, truly, is there any greater power on earth?

Growing at the height of the summer Solstice, and speckled with deep glands of red that turn any elixir into a garnet ambrosia, St. Joan’s Wort is a powerful remedy for reclaiming personal strength and solar power. Often associated with the feminine empowerment of Joan of Arc in contemporary circles, traditionally this herb was used to ward off the evil eye. Saint Joan’s Wort can help us to invite the brilliant radiance of our inner light, and knowingness of what is right, releasing any attachments to that which stagnates our gifts and our growth.

I prefer to use Saint Joan’s Wort as a flower essence, or externally as an oil (as it has contraindications with many medications when used internally). I find it particularly powerful to rub the infused oil in my solar plexus and practice rolling my shoulders back to stand tall.

As both a protective talisman and herb of empowerment, this is a potent herbal ally to bring with you in the midst of mobilization.

Interested in ordering? Check out the medicines of my sister Amber over at Aquarian Dawn. She makes all her wildcrafted SJW oil by hand and is donating 10% of all proceeds this month to support the water protectors at Standing Rock. 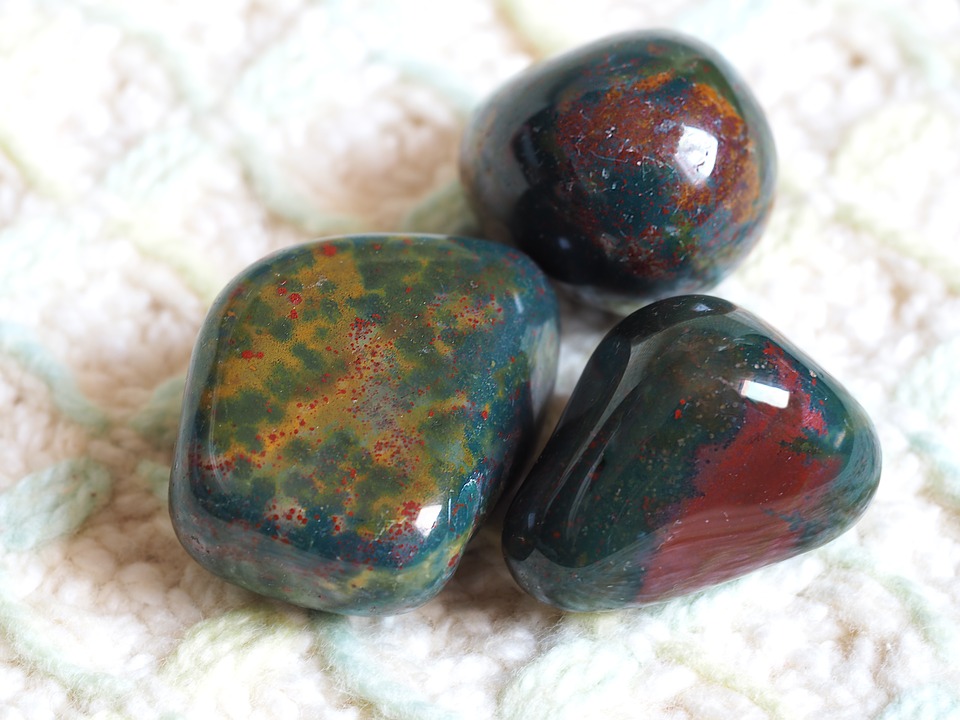 Bloodstone is a powerful ally for bringing your blood, the vigorous life-force of your own power, pumping back through your veins. An important remedy in Daoist stone medicine for releasing “frozen blood,” the traumas that live inside of us and have stagnated our life force. Bloodstone reinvigorates our inherent essence, lending courage in times of adversity and mobilizing us into movement. Nashia Ashian calls it the “stone of the spiritual warrior.” So bring it.

(Are you interested in learning more about the Chinese medicine concept of blood, trauma, and ghosts? Check out my most recent Youtube video)

Potent elixir: Put a piece of bloodstone in 4-8 oz of water overnight and drink first thing in the morning for two weeks.

One of the easier ways to become empowered is simply to stand in your own power as an ally. No matter what the next four years actually looks like, the hate rhetoric spoken throughout this campaign has stirred up a hoard of bigotry and violence in our country. So stand in solidarity with those who will be made vulnerable by this administration, and use your power to protect All your Relatives.

1. Step in and deescalate a situation when you see hate crimes  + harassment

2. Donate to non-profits that protect the rights of women, people of color, immigrants, and the LGBTQ community. (Planned Parenthood, The ACLU, The Trevor Project etc..)

3. Join a movement and bring your heart to a local march, fundraiser event or peaceful protest. Check out  The Million Woman March happening across the country this January 21st.

4. Call your Elected Representatives and let them know your thoughts. This may feel a bit out of your comfort zone. If it does, know that I feel you. (I was literally terrified every time I had to pick up the phone to make a playdate growing up) but calling is so much more influential than just signing a petition or sending an email. I think we will all be asked to move out of our comfort zones in the coming times and it is a good thing because it is a sign of deep growth.